Go to bottom of page for this weeks special

Wendy Rich Will Be The Entertainment 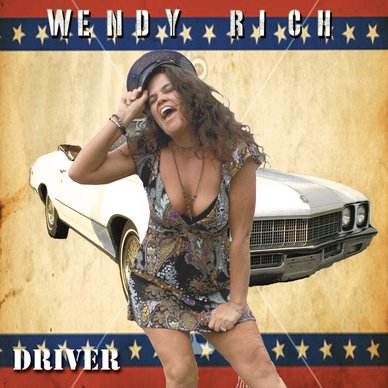 Don't Miss Wendy Rich This SUNDAY,
At The River Ratz Cafe In Nobleton 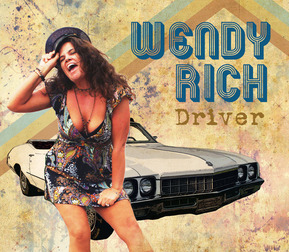 A native Texan, Wendy was born and raised in Houston, Texas where she got her start on stage in Theatrical Productions at a very young age.
Always a music fan, Wendy segued into music quite easily…stage fright already out of the way and joined a rock band at a very young age. For several years she focused on rock, playing in clubs in the Houston area and dabbling in recording. She joined her first blues band in 1989 shortly before she relocated to the Tampa Bay area of Florida.

Some Odd And Fun Facts About Music

Termites will eat wood two times faster when listening to heavy metal music.
(note from Ferris) "Don't listen to heavy metal or you'll lose your house, your hearing, & your mind"

The only guy in ZZ Top who doesn’t have a beard is Frank Beard.

None of Elvis’s films got nominated for Oscar, but he did win three Grammy Awards – for his gospel recordings.

The airplane that Buddy Holly died in was called American Pie. Don McLean wrote a song with the same name about the accident.

Duran Duran was named after a mad scientist from the Jane Fonda movie Barbarella.

The first CD that was pressed in the U.S. was Bruce Springsteen’s Born in the USA.

Before composing Beethoven dipped his head in cold water.

Like humans, birds can learn music while they are still in the egg stage.

Mozart was five years old when he wrote his first piece.

The first pop video was released in 1975. It was Bohemian Rhapsody by Queen.

In 1976 Barry Manilow sang a chart topping song named I write the songs. The song wasn’t written by him.

When Madonna was 15 years old, she got grounded for the whole summer, for sneaking out to see David Bowie in concert.

In the year 1988 tenor Luciano Pavarotti received a record 165 curtain calls at a Berlin opera house.

Make music not war : Monaco’s national orchestra is bigger that its army.

Wham !’s hit single Wake me up before you go go was written by George Michael who was inspired by the note that was left to his hotel room by another band member Andrew Ridgeley. The note was mistakenly written as, Don’t forget to wake me up up before you go go, George.

House of the rising sun by The Animals was recorded with only 15 minutes because the band was on a tight budget. In spite of that the song went all the way to number one in 1964.

When Billy Crystal was a child, his babysitter was the legendary Billie Holiday.