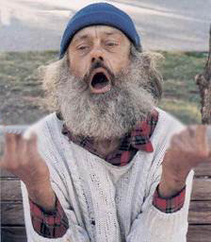 A woman stands at the edge of a cliff,
trying to get the nerve up to jump.

A passing hobo stops and says, "since you're about to kill yourself anyway, would you mind if we had sex first?"

The bum turned to leave and muttered "Fine, I'll just go wait at the bottom."

The fact that gay marriage and marijuana were legalized on the same day makes perfect biblical sense because Leviticus 20:13 says, "If a man lies with another man they should be stoned."

We just hadn't interpreted it correctly before!

Make Up Your Mind Please


His wife was screaming at him:
"Leave!!  Get out of this house!" she ordered.


As he was walking out the door she yelled,
"I hope you die a slow and painful death!"


So he turned around and replied